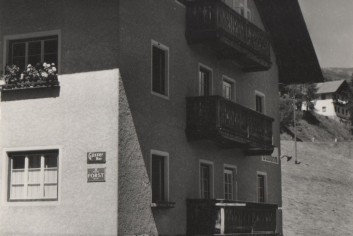 In 1950 Olga and Rudolf Sader built the Waldheim. From 1953 they lived with their family in the finished house.

From the beginning the carpenter’s workshop of Rudolf was in the ground floor. On the 1st floor the flat of the family.

Step after step 10 residential units were built and they began first to offer an overnight stay with breakfast. 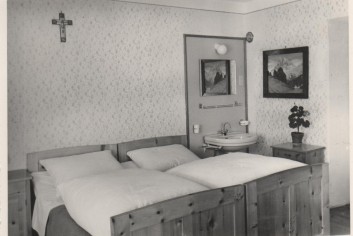 In 1959 the carpenter’s workshop was rebuilt on the whole ground floor. The guesthouse Waldheim was born. Then in 1966 the dining room arrived.

Olga and Rudolf led their guesthouse with a lot of diligence and therefore year after year the customer floor grew.

In 1980 the second-oldest from four daughters, Waltraud with her man Walter Tauber, took the Waldheim over . In addition, the house was increased while a new tract was built. 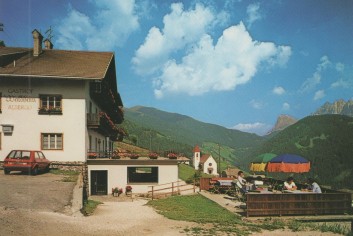 In 1996 the old part of the Waldheim was renovated and a sauna, a lift, the lounge as well as a children’s playground was built in addition.

In December, 2013 Waltraud and herman Walter handed the Waldheim to their son Patrick, the second-oldest of three sons, over. The Waldheim became a residence with 4 stars and 9 alpine flats.

We would thank warmly all our loyal guests who have visited the Walheim with pleasure during all the years and also our diligent employees. 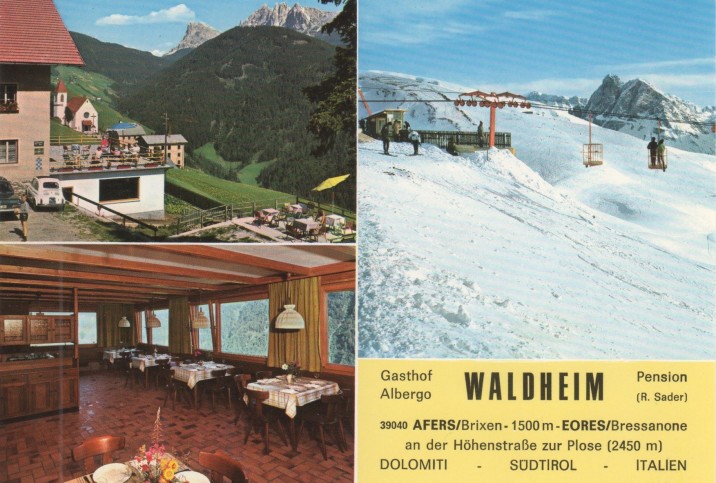 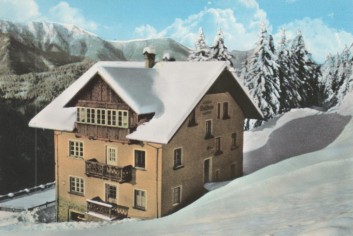 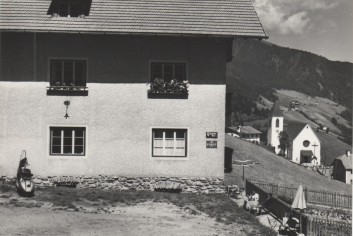